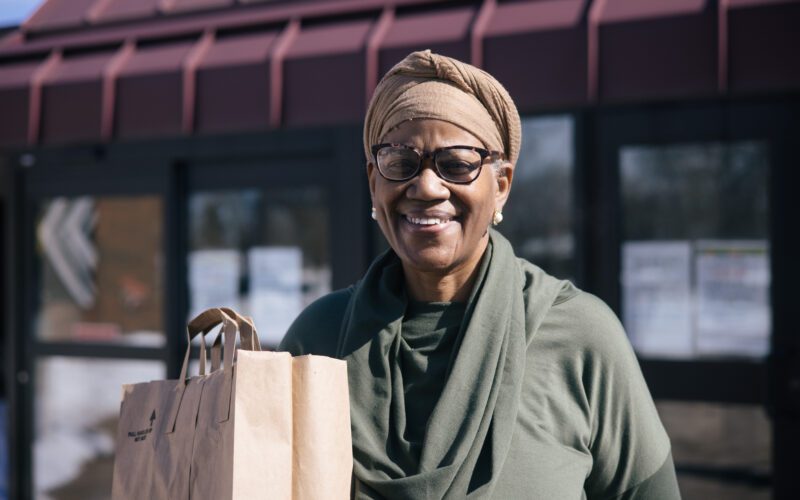 September is Hunger Action Month™—a nationwide campaign designed to inspire people to take action and raise awareness of hunger in the United States.

After working for 43 years, most recently as a court-appointed advocate for children, she finds that, with inflation, groceries can eat up a lot of her budget as a retiree.

“You’ve got to either pay your bills or groceries,” she said. “But you need both.”

You play a critical role in ensuring our neighbors have enough to eat. This September you can help by donating, volunteering, speaking out against hunger. Below are some easy ways to get involved today.

The Food Bank is something we do together. Lend your hands and heart to our mission by taking part in volunteer opportunities like sorting and packing, helping out at events or supporting our staff. For more information on these and other opportunities, email us or call 412-745-7600.

Solving hunger takes social and political will, greater awareness and more resources. The Food Bank’s advocacy email alerts lets you know when there is action to be taken. Be a voice for local children, families and seniors struggling with food insecurity.

Get engaged on social and make a lasting difference for children and families facing hunger in our area. Connect with us on Facebook, Instagram, TikTok, Twitter and LinkedIn!  Or, share a message now to create awareness for Hunger Action Month.

You can join our Hunger Action Month partners in giving back to your neighbors in need through takeout, shopping or simply sharing with your network!