The past several weeks at Greater Pittsburgh Community Food Bank have been unlike anything our staff or our network of 365 agencies, partners and programs has ever experienced. Nothing could prepare us for the unprecedented need that we are amid right now. While the challenges are great, our network stands strong and ready to serve the communities of southwestern PA.

Community Human Services (CHS) operates a food pantry in the Oakland neighborhood of Pittsburgh. This pantry orders food from the Food Bank and receives donations from the community. Due to the public health crisis, they are unable to accept food donations and are relying on orders from the Food Bank. This food is then distributed to families in need when they are open each Thursday and Friday.

During a typical week, the pantry would serve about 150-175 families per week, adding up to about 600 families each month. The Chief Service Officer for CHS, Colin McWhertor, estimates that number has increased by about 100 families per week since the COVID-19 crisis began.

Families who come to the pantry are now given boxes of food with shelf-stable items, produce 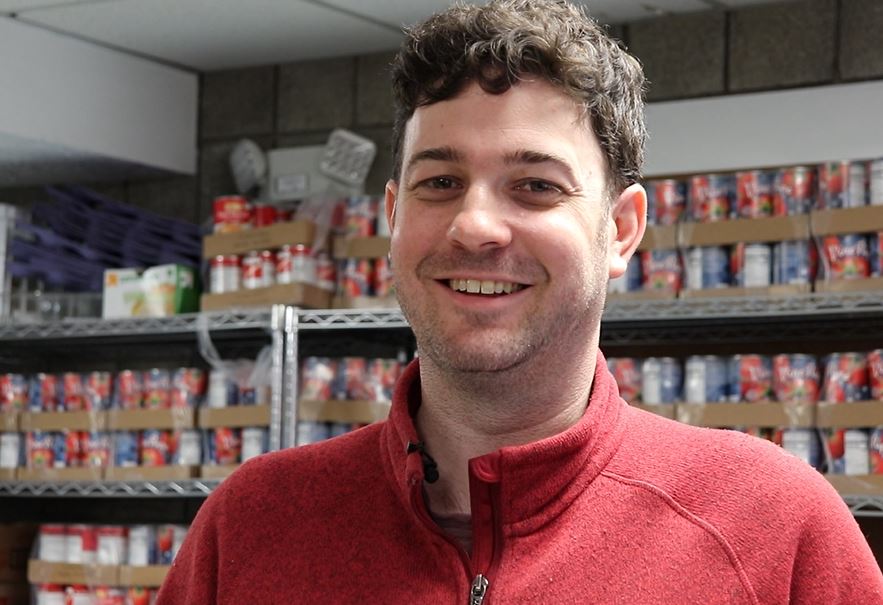 and meat. Families can come to the pantry once a month to receive food.

“We’ve had to adjust incredibly. We used to allow people to shop, essentially, and come in the space. We had a big waiting area. We can’t do that anymore,” McWhertor said. “We’re basically pre-making the boxes which takes a lot more labor from us so we’ve had to make sure that we have staff. We’ve had to limit our volunteers, just because we don’t want to have an unknown amount of people who we don’t know coming in all the time.”

The food supply for CHS Food Pantry has remained strong, despite the increase in distribution.

“We’re limited in space and numbers but we have had food every week. We have fresh produce, which is not as easy to come by and we try to keep a good amount of produce in the boxes every week,” he explained. “We have meat and dairy whenever it’s available, which so far has been consistent every week. So it is really high quality produce and fresh food in extra amounts that you can’t get in other kinds of distributions necessarily.”

McWhertor says not allowing people to shop through the pantry can affect a person’s dignity.

Lloyd Adams has been coming to the CHS Food Pantry for about a month.

“I do it for myself,” he explained. “I’ve got two children and I also do it for my grandmother. She’s 90, she can’t get out, so I’m here to get some supplements for her.” 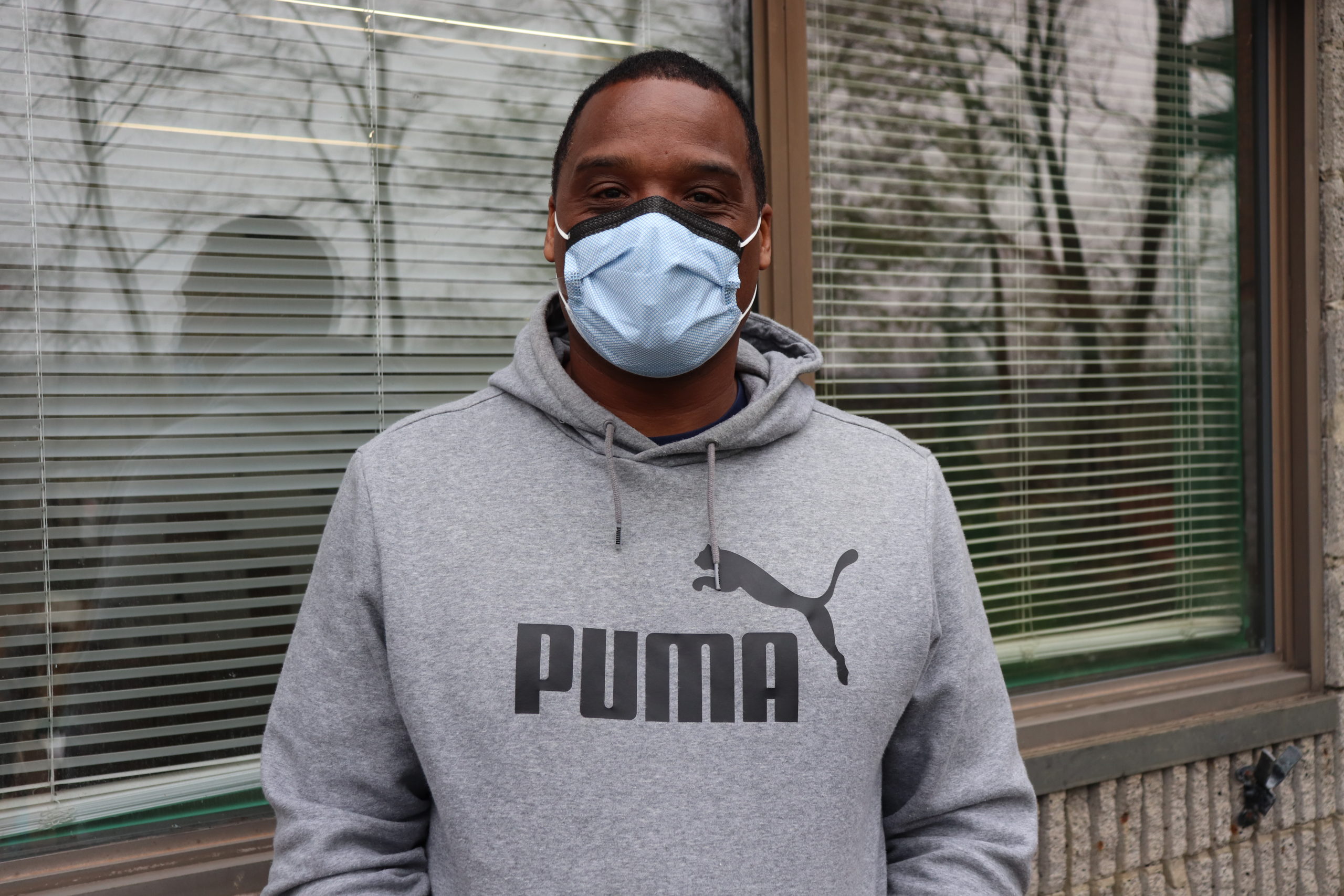 Adams works in healthcare as a janitor. His hours have been cut back and his children are now at home every day.

For, Oakland resident John Cihon, coming to the pantry as he experiences need has been helpful. He has a compromised immune system and is not working during the COVID-19 crisis.

“I do have money in the bank but because of the situation and because unemployment isn’t equal to what I was getting, I’m afraid to spend what I have because no one really knows what the end point of this is,” Cihon said.

William Macon recently moved to Pittsburgh and said the pantry allows him to have food to eat until he receives benefits at the beginning of each month.

“It takes the worry off and the stress off,” Macon said.

It is a relief for CHS staff to see families be receptive to new ways they receive food – many of these procedures being the opposite of what they worked toward for so long. Standing in a line six feet apart instead of walking through the pantry freely, being handed a box at a door instead of shopping and reducing contact and conversation rather than getting to know each individual as a person goes against the practice of welcoming everyone into a space and feel accepted. McWhertor says they will continue these new methods as long as it keeps their families safe. 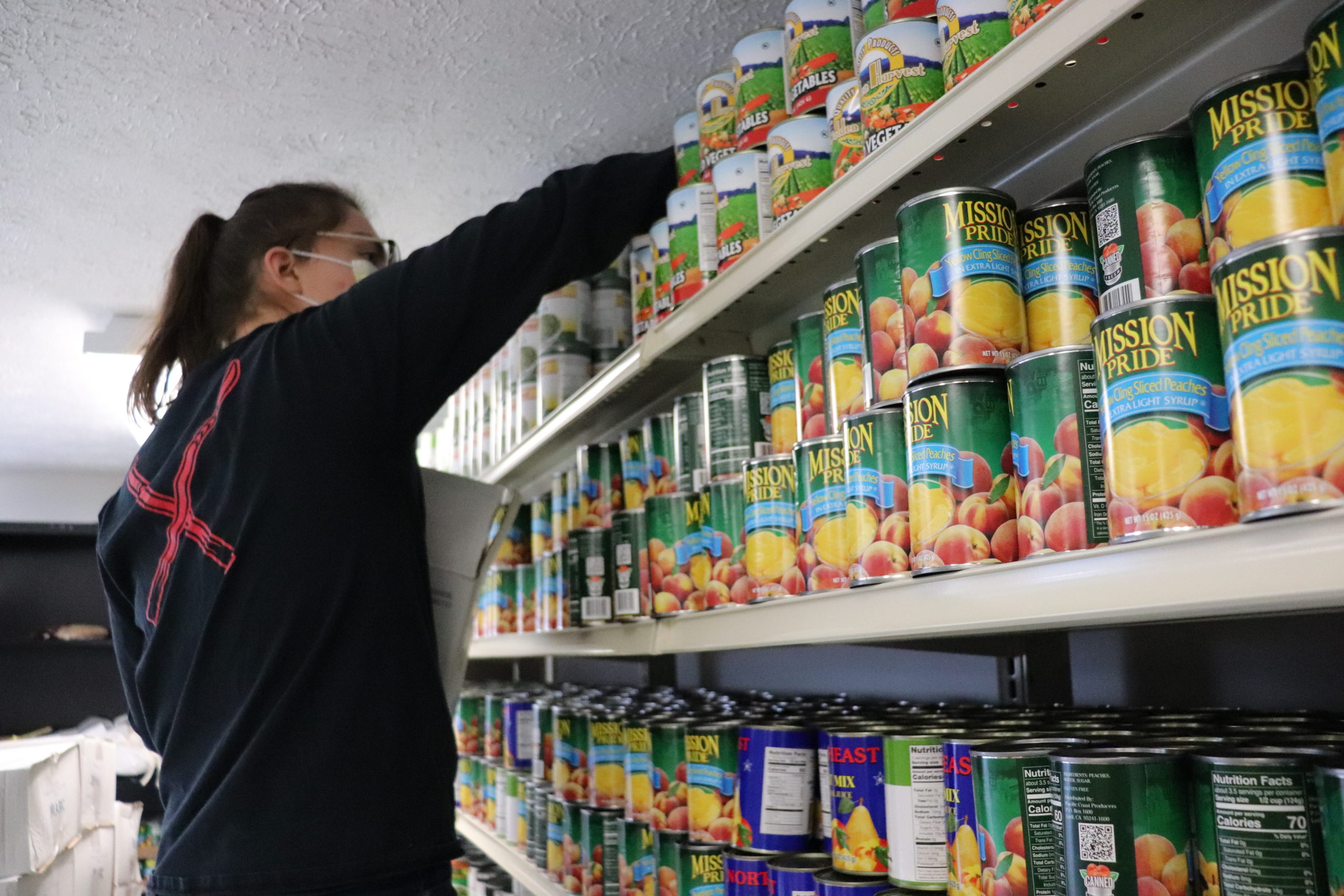 “I’ve been super impressed,” he said. “I thought we’d have issues with changing our operations. The way that everyone has been understanding and accepting of changes and how grateful everyone has been, just with how hard we’re trying to keep things going as much as possible, that’s been really, really encouraging.”

Lloyd Adams encourage others to find a pantry in their neighborhood if they are in need.

“Don’t be hesitant. I remember the first time my friend brought me here, there was a line. And I said ‘I’m not standing in line.’ But then I said ‘you know what, it’s either stand in line or go home.’ So don’t hesitate. Participate,” Adams said.

John Cihon wants people to know the people he sees receiving food with him at the pantry are your neighbors, your coworkers and friends.

“I’ve always greatly appreciated it and I’ve never once been made to feel like there’s anything wrong with me coming here or that I’m lesser in any way, shape or form,” Cihon said. 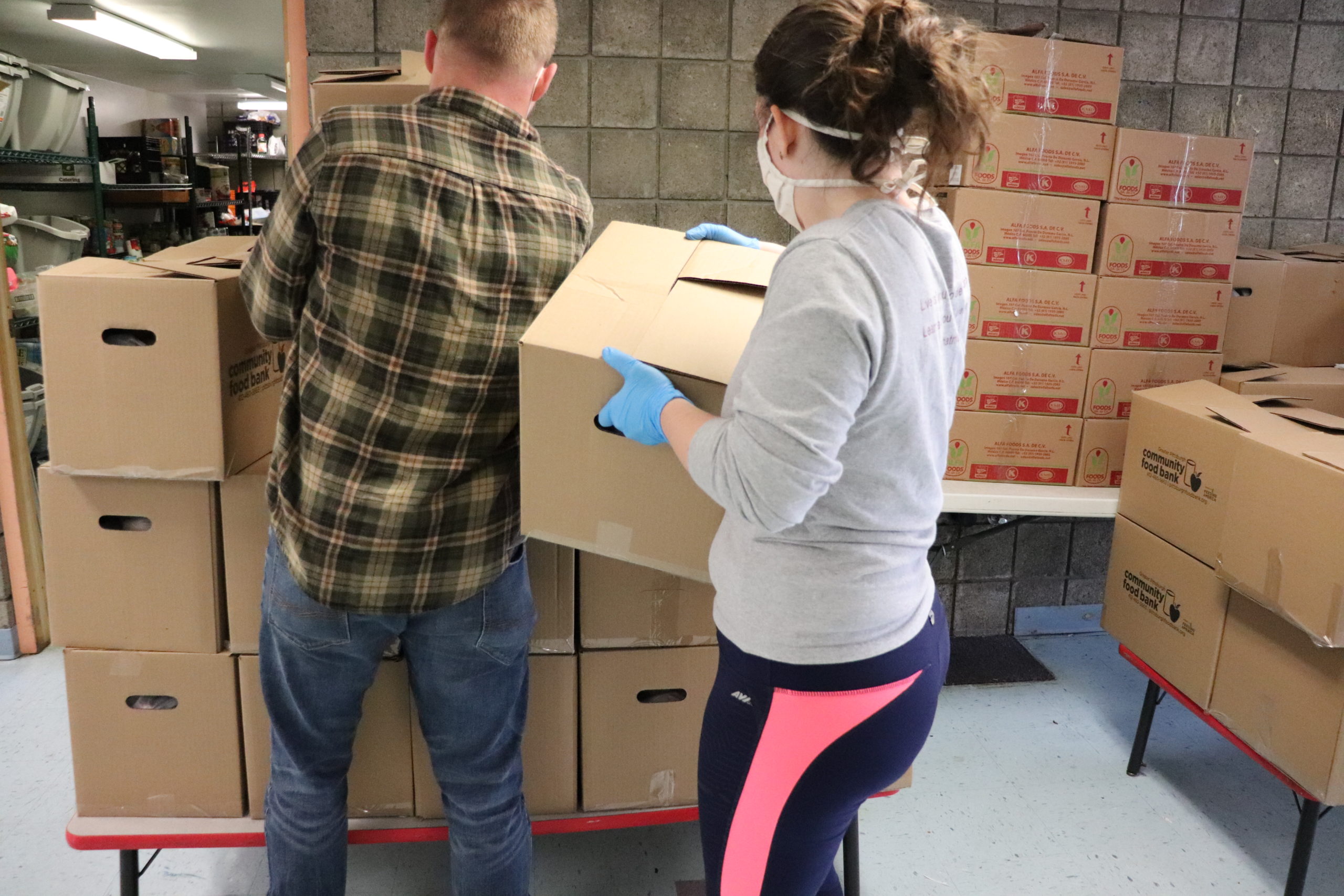 CHS Food Pantry is working with several community partners to deliver meals to homebound individuals and others in need, including Operation Safety Net, an outreach program through Pittsburgh Mercy Hospital, AJAPO, a refugee resettlement non-profit agency, and Bridge to the Mountains, a street outreach program.

McWhertor is hopeful that this crisis will create awareness and understanding of how many food pantries are open and available to serve people each day.

“It’s great what response there has been to support food insecurity and it’s wonderful. We’re in the community already and we’re staying open. So I don’t know if everyone necessarily realizes that,” he said. “We’ve always been here and have that ability to provide more things that maybe you can’t get if you’re just picking up from a truck.”

If you are in need of food, click here to find the food pantry closest to you. You can also call 412-460-3663 to speak with someone from the Food Bank.

To support agencies like CHS continue the work they are doing in their communities each day, click here.