Hunger comes in many forms, even at the college level. At Greater Pittsburgh Community Food Bank, we are taking the month of October to shine a much-needed light on this issue, while sharing what post-secondary schools are doing to combat it.

We previously shared the work that is being done at Point Park University, through Pioneer Pantry. You can read more about that here.

CCAC South – Calling it a ‘Cupboard’

The second part of our College Food Pantry series features Community College of Allegheny County (CCAC)’s South Campus. This pantry, though, does not want to be called a pantry. Instead, volunteers operate a “Campus Cupboard” on all four CCAC campuses and one center.

“I had one specific interaction with a student where I said, ‘the food pantry may be a resource for you,’ and I could just see him shut down immediately,” Lesher explained. “I don’t know what his experience was at food pantries before. I don’t know what he’s experienced in his life that may make him feel a certain way about it or what connotation he took that in, but it just immediately occurred to me that maybe we could use a different type of terminology.”

When Campus Cupboard was created at CCAC South in late 2015, it was run 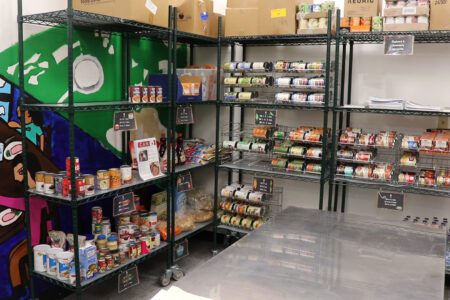 out of a classroom for a monthly distribution. Volunteers and coordinators knew more space was needed, so they successfully applied for a grant, receiving $25,000 from Jefferson Regional Foundation to create a brand new space for the program. Renovations were done to a community kitchen on campus, creating more space with shelving along with refrigerators and freezers.

Dawn Rees attends classes at CCAC and says she was hesitant to use the Cupboard because she didn’t want to reach out for help.

“It took me awhile to start using it because of the stigma I had in my own mind about it,” she explained.

Dawn said she soon realized that it was a resource that helped her in more than one way.

“It does more for you than just put food on the table because the days that you don’t have time to do anything else, you know you have food in the house because you just did your shop,” Rees said.

Darren wants every student at the CCAC South Campus to know that the Cupboard is a resource available to them.

“You come to financial aid, you come to admissions, you come to registration and advisement and then you come to the Cupboard if you need it. So, we’re really just trying to make it part of what we do,” he said. 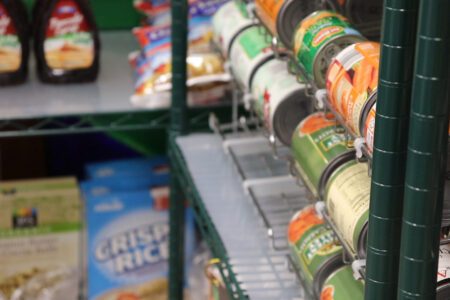 A survey was conducted at CCAC South to determine the impact of the Cupboard. Of students who use it:

Dawn said because she knows firsthand how beneficial the Cupboard can be, she wants to make sure all of her classmates know about it. She has even been able to connect students with food in emergency situations.

“I brought them down and two hours later I got a text message, ‘thank you so much for stepping in because I wouldn’t have thought to do this but it made a drastic difference in my life today. I could get my homework done, I could stop stressing, I didn’t have to worry about what I was feeding my kids tonight’,” she said.

Campus Cupboard is open four days a week. Staff and volunteers hope to expand that in the near future.

“I think it allows them to focus more on class, to stop worrying about how am I getting to school? How am I going to put food on the table tonight?” Darren said.

Dawn also volunteers at the Cupboard, helping to fill orders and keep an inventory of items.

“For me, it’s fantastic to be involved in. It helps me every day. It helps so many other students every day,” she explained.

To learn more about CCAC’s Campus Cupboard, check out the video below.

How we can help

You can help today. Make a gift, volunteer or share this study.